***NOTE - Version 2 training is now online.  The lessons below are version 1 which are 100% current however in version 2 you have access to everything here and so much more so I highly recommend you go through version 2 lessons.  Version 1 will remain online for 30 days.

SUPER IMPORTANT UPDATE! - Do NOT set the option to "Keep Trying on TX fail" as when it goes to buy or sell a token and there is an error it will keep retrying and retrying and charge you a fee each time.  If you have something setup wrong it could potentially drain your wallet!  The best option till the developer fixes this is to really research the tokenomics to make sure the slippage is correct.  That is usually the problem when it fails. Some coins need a higher slippage like 3 to 12% or it will fail.  One thing you can do is do a test buy through Trade butler of say $5 and then sell of $5 just to make sure there are no errors.

Everyone should go into the Trade Butler Discord channel and request this feature. (Don't tell them you are with CSP).  Just tell them that they really need to add a "Keep Trying on Tx Fail X amount of times" 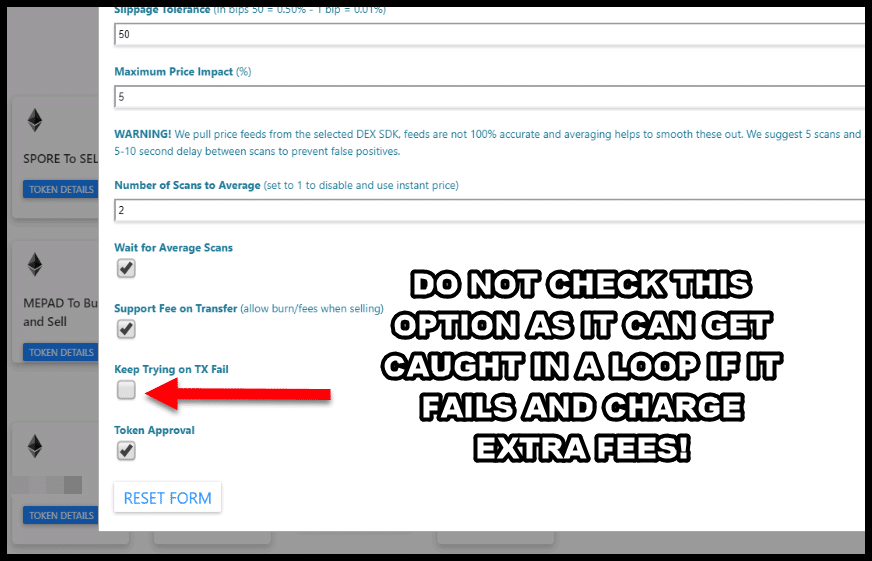 CORRECTION IN THE VIDEO ABOUT SLIPPAGE

Here are their instructions on how to use Trade Butler Bot on BSC (PancakeSwap)
https://tradebutler.medium.com/how-to-use-trade-butler-bot-on-bsc-6ed5c042d4a0

Here is a video setup guide from the developer

Note a few mastermind members have reported after downloading the .zip file it would not unzip properly using the build in Windows 10  unzip tool.  They were able to get it to unzip with Winrar.

There are 3 Levels of Trade Butler Bot.

To use the Bot you need to HOLD the bTBB token in our Meta Mask Wallet.  Later if you don't want to use this bot you can trade them out so essentially you and not paying... think of it rather like a deposit you can get back.

or use this link here:

The 3 levels are these:

Most people will use Part Time or Full time to start with.  You can buy the bTBB token on v2 of PancakeSwap for these levels HOWEVER lets read about the highest level.

The highest level is ONLY for people that want to trade more then 10 tokens at a time AND use the Mempool sniper. (Super Advanced Feature)

Live In Butler - Hold 8 bTBB tokens HOWEVER if you are going to get this version it's better to STAKE 3 LP tokens and you must do this on PancakeSwap v1.  And you have to use this link to STAKE

I had a talk with the developer and it took me forever to figure this part out.  In 3 months (Aug 2021) he might be moving this link to v2

Which version should you use?  Start with the level you want.  Most should pick Part Time Butler or Full Time Butler.  Note that Part Time Butler does not have the Stop Loss feature however you can do something similar by setting your SELL to the amount that you would sell if it's dropping.

You can always upgrade to a different level later.

Last edited 1 year ago by Joel
0

The videos detail how setup should look and feel in a perfect world. But what about when things are setting up quite so perfectly?
I’m receiving the following error: “TBB Critical message No TBB or LP found in wallet connected”. My wallet is connected and it does contain 0.3053BNB. I’ve verified this a hundred times, so, what am I missing?

Hi Wali. That is a normal message as what it is saying is it does not see any bTBB tokens in the wallet you have connected. Once you follow the instructions in this lesson and get the bTBB tokens in your wallet it won’t give you an error. If you still have issues go search the forums and/or post a new topic and the team will be happy to help.

That makes sense. Thanks Joel.

Correct… take a zero off… there was an error in the video and we made a note about it.

Is the instant trade option available with the part time butler?

Yes I believe so. If you go to their page they list the features of each version. https://tradebutlerbot.app/

You can do both. You can buy manually or you can use the bot… it really depends on the strategy. Using the bot can help you find a low entry point. Each token has to be approved one time after the first time you purchase it. You can approve it in Pancakeswap or use the bot however people have found it easier to use pancakeswap. Once you have approved it for that token you won’t have to approve it again.

If I already have 8 bTBB tokens, how do I convert to 3 LP tokens?

I’m totally confused. I set up the bot for a BabyDoge to Buy and a BabyDoge to Sell. Just for testing as a first trade. Both my buy and sells were executed by the bot, which is good I supppose but the sell trade didn’t execute correctly. No stop loss was triggered from the original buy trigger or from the sell. But it sold anyway. I triple checked the numbers and they were all correct. I don’t know where I went wrong.

Hey Brady… the best thing to do is go over to the forums and post there. https://cryptoswapprofits.com/forums/main-forum/ Show us your settings on your bot for that strategy. It’s always down to a setting so go post in the forums and we all can take a look and help you.

I don’t see any audited versions in TBB anymore.

Phew, that was a lot, lol. Well, on the one hand, I bought bTBB. On the other, now it’s fumble time!

Okay not sure if it’s just me as I’m dyslexic but I thought I would ask…
I find it really confusing trying to work out percentages of numbers with so many zeros…
EG , stop loss % of 10% of 0.0000000006767
Is there a software tool such as a crypto calculator or a mobile app that would work this out.
If there isn’t that’s a great opportunity to create a simple software tool for somebody…
Or if somebody here knows how to program this into Excel maybe they can share it in the forum?

also for working out slippage

Exactly….it’s a bit of a struggle with all the zeros. I think a Google Docs spreadsheet may be the easiest thing to create at first. We will get one created but if anyone out there is a developer maybe we find or get a tool made. But yes a spreadsheet should get us there.

In your video you suggest that in setting up a buy trade to only have the buy and not put the sell as well. My question is that if you do this once the buy is activated by TradeButler Bot you now own that crypto. Do you then set up a separate sell trade for each buy trade of the same of currency at the same time or do you wait until the buy trade has been activated? This seems more complicated. Explain again why you should not have both the buy and sell in the same trade with say a following sell and some top limit, however that works, that you are aspiring to sell at? If you are trading based upon waves isn’t that what you would want to do? Since I have never traded nor used the bot perhaps I am not understanding the process.

It can work if you put them both in… the only problem is the Buy. Your bot may keep buying over and over again if it drops goes up and drops again… we are still testing a few things out to see if we can prevent that but for now, it’s a good idea to keep the Buy and the Sells separate.
If we can get that part to work then yes that would be optimal.
Especially when you are new it’s easier to take it a step at a time and separate them out.

If I understand correctly, if you set up just a buy, it buys it only once and not multiple times?

I believe that is correct however I think if you stop the bot and re-launch it again it will buy again if it matches the criteria. But yes if it only buys once per launch that would be a good thing.

Just got confirmation from the developer… “it won’t buy twice, it will keep scanning to sell though and then stop”

If that is the case then do we still need to keep the Buy and the Sells separate?

You can keep it together…. the only thing to pay attention to if you stop the bot and re-run it…it will buy again if the parameters meet again. So something to think about if your Bot has already purchased and you are waiting for it to go up and then it drops again….if you stop it and start it…it might buy again. Might be smart when you combine them and it’s purchased to clear out the buy part.